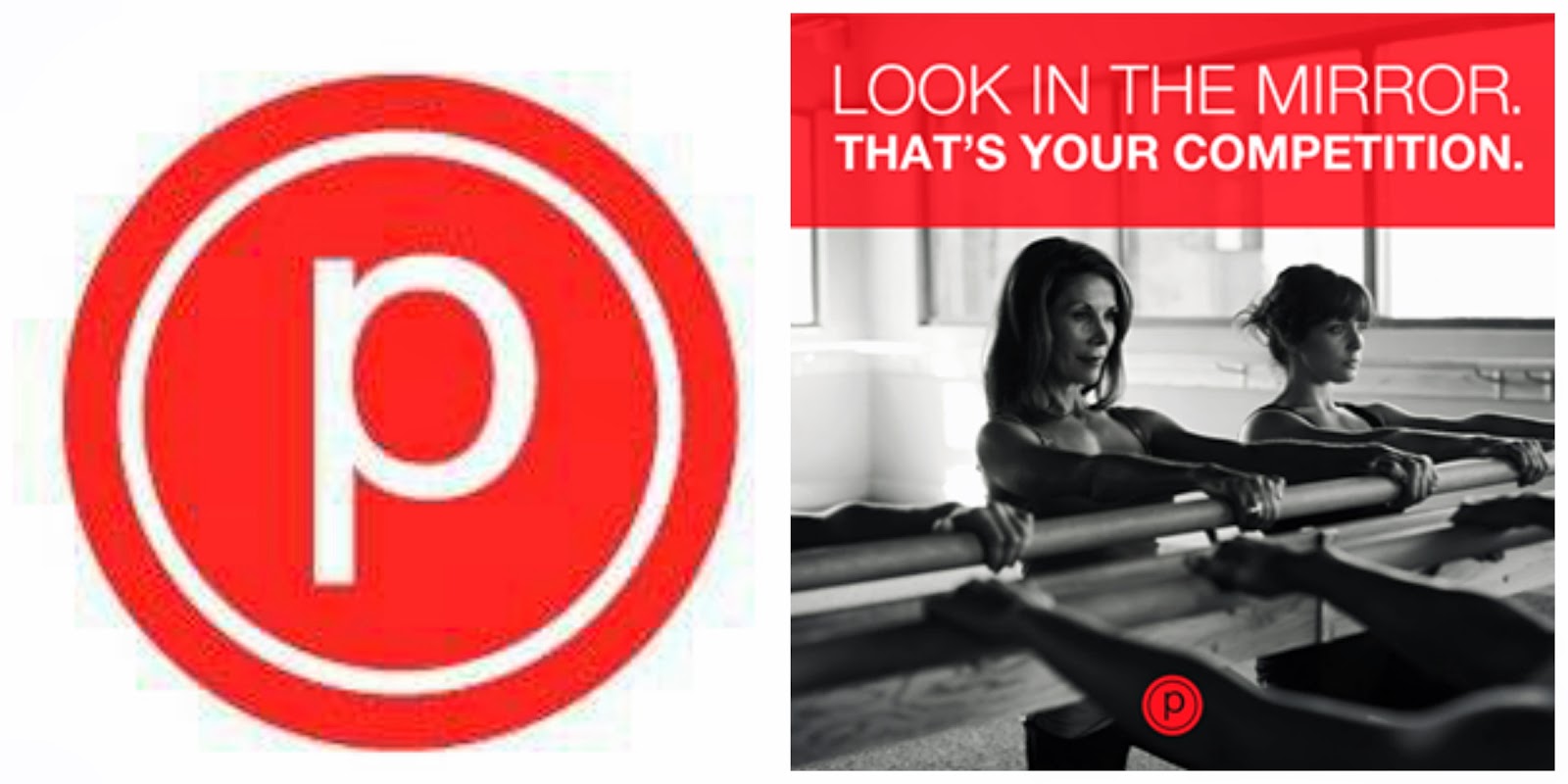 I was invited to attend a workout class at a Pure Barre studio, by my girl Aileen, the co-founder of the blog Newsy Parents, and I was really excited! I quickly agreed, feeling pretty confident in my workout skills! I remember thinking that it should be really fun and a piece of cake. I am at the gym at least 4 to 5 times a week, and who doesn’t like hanging with the girls/meeting new friend on their day off. However, while we were lifting, toning and burning, I couldn’t help but think, “Now this is a different kinda workout! A workout I am not used to!”
Who knew that minimal movements could be so effective! Five minutes into the routine, I was feeling the tingle that comes along with a good workout and future results. Our instructor Nicole was awesome, and if anyone starting feeling tired, and had any thoughts of quitting, just looking at her toned body was enough to make them continue! 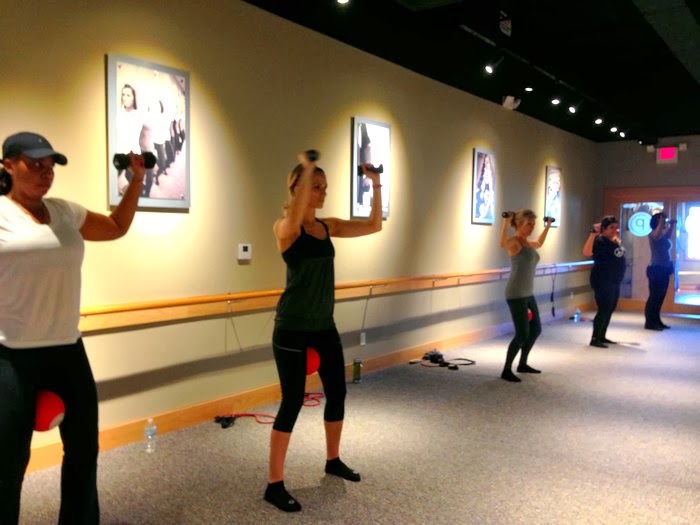 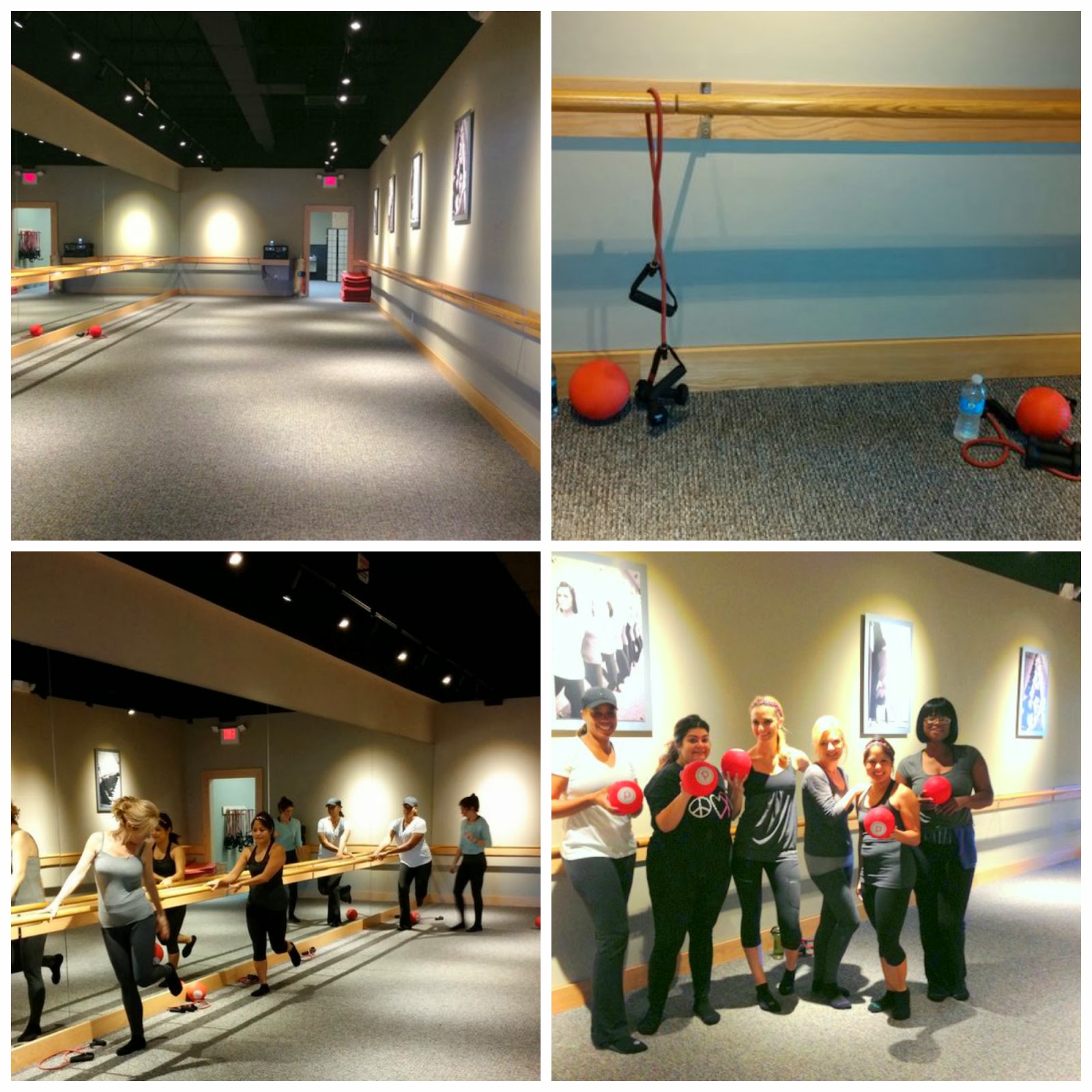 Pure Barre offers a great workout! It works areas of your body that you have probably forgotten about, and it is so worth it. So ladies and gents, if you are looking for an amazing workout, great music and cool instructors then Pure Barre is perfect for you!
The location we had the privilege of working out at is new to the Boynton Beach, FL area, located in the Sunshine Square shopping center anchored by Publix. They are having their Grand Opening on, Jan. 31 from 7-9 p.m. with raffle prizes. It is such an amazing place! You don’t want to miss out! They are also offering a really cool special, called Free-Friend-Friday. On Friday’s your friend can feel the burn for free! 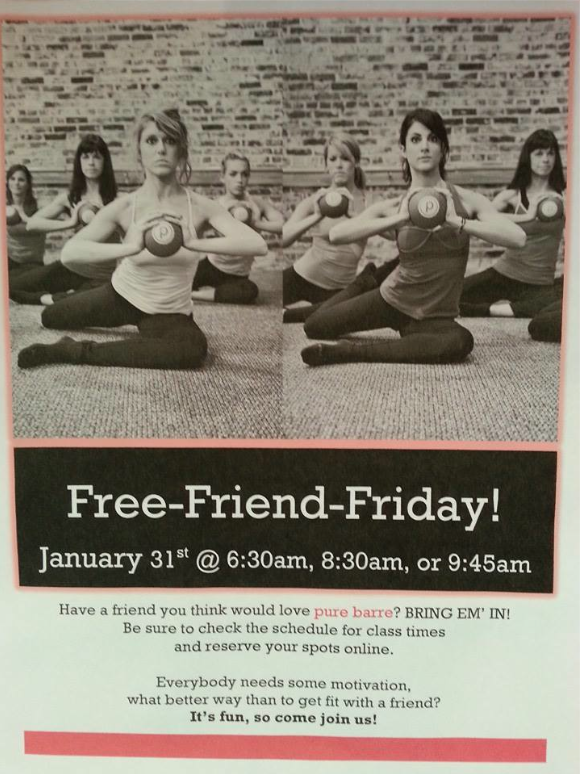 Here are a few facts about Pure Barre
Pure Barre is the largest, most established barre franchise in the nation, with more than 180 studios across the country, and more opening every month. Pure Barre is a total body workout that utilizes the ballet barre to perform small, isometric movements, which burn fat, sculpt muscles and create long, lean physiques.
Pure Barre was founded by dancer, choreographer and fitness guru Carrie Rezabek Dorr. Carrie opened her first studio in the basement of an office building in Birmingham, MI in 2001. With no initial clients, staff, signage or even a bathroom, Carrie successfully grew Pure Barre into the dynamic company it is today.
In July of 2009, Pure Barre became a franchise and has exploded in popularity, due to its extremely effective technique (which transforms the shape of a woman’s body in record-breaking time); friendly, high-energy atmosphere; and fun, motivating music.
Pure Barre is more than just a workout; it’s a lifestyle. At Pure Barre, women share a sense of community, in which they are inspired and empowered by each other’s fitness and lifestyle goals. In addition to classes, Pure Barre also offers DVDs, equipment and exercise apparel.
For more information check out Pure Barre on Facebook: – Pure Barre Boynton Beach | Twitter: @PBBoyntonBeach | Instagram: @PureBarrBB. Also, don’t forget to visit Aileen of Newsy Parents and Sunshine Square.
Thanks Pure Barre and Aileen/Newsy Parents for the amazing workout and awesome experience!
Have A Happy Healthy, and Remember To Always…Stay Sassy!